German thrash attack trio Destruction have released the second album trailer and we have it for you right here! Under Attack will be exploding onto the internet and physical media on May 13th via Nuclear Blast. Find out in the latest trailer how the album progressed with new drummer and what lyrically the new album is about.

From The Press Release

Today, the band have released a new album trailer via YouTube. Watch the band explain the recording process, the lyrics and the music. Check it out here:

The band recently released the first digital single “Second To None”. The song is now available as an instant grat track when you pre-order Under Attack via iTunes: http://nblast.de/DestructionDownloads

The lyric video for “Second To Non” can be seen on the Nuclear Blast channel!

Mastermind Schmier states:
“The lyric video of SECOND TO NONE explains itself, the problem with all the hate in the net is getting more and more present and meanwhile it also has certainly effected our music scene, RIP Keith …”

Check out the new album trailer to hear a teaser of the unrelenting title track “Under Attack” on the Nuclear Blast YouTube channel! 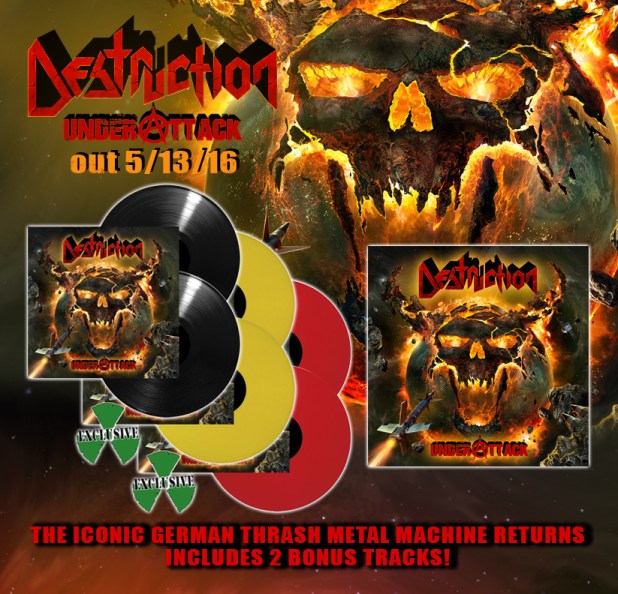