“A Reason” follows Magda Apanowicz’s character Serena, a distraught young misfit, and Nathan (Nick Eversman), her controlling older brother. Both are forced to endure a dreaded family gathering at the house of their elegant elderly Aunt Irene (Marion Ross) – the reading of her will. Apanowicz has endured a lot worse in the past few years starring in Eli Roth’s much buzzed about cannibal horror film “The Green Inferno,” “Dead Souls” which followed a teen (Jesse James) uncovering the horrifying truth about his murderous father and Lifetime’s “The Toyman Killer” revolving around a criminal psychologist evaluating the sanity of a death-row inmate who shows signs of multiple personality disorder.

When speaking to Queerty.com about her role in “A Reason” Apanowicz says, “Actors love stepping in to other peoples’ skin no matter how scary, it’s what we wanna do. This movie gave me the opportunity to give my soul and give my whole self and actually act in a role that I don’t normally get to act in. My character struggles with trying to find purpose yet no one understands her and people don’t understand her for who she is or where she’s coming from. I could really relate to where she was coming from and how she was just screaming in pain.”

AfterEllen.com says “The film perfectly captures the complexities of disconnected families, a dynamic that is often times hard to capture as genuine” and the Digital Journal labels it “The indie sleeper film of the year.”

Dominique Schilling wrote and directed “A Reason” while producer Caroline Risberg produced the project under their banner, Risberg Schilling Productions. Their next film, “Little Girl, Big Eyes is currently in development. For more information about “A Reason”, visit http://www.areasonthemovie.com

Apanowicz can most recently be seen playing Emily in the Syfy series “Continuum.” The final season of the show was just released on DVD January 19, 2016. 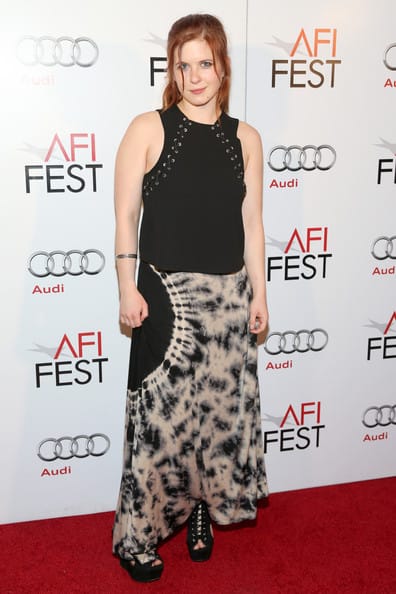